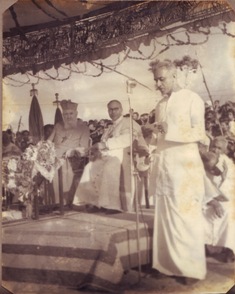 1962
Caritas Hospital Established in the year 1962 by Mar Thomas Tharayil, Bishop of Kottayam, with just 50 beds.

1965
Caritas School of Nursing was founded in the year 1965 by Bishop Mar Thomas Tharayil.

1981
Caritas College of Pharmacy started in 1981, by H.G Mar Kuriakose Kunnacherry, the Bishop of Kottayam.

2003
Caritas Cancer Institute started as a comprehensive centre with Medical, Surgical and Radiation Oncology departments as well as a Pain and Palliative Care division in 2003.

2008
In 2008 Bishop Makil Block (BM Block) was inaugurated and it has hundred and thirty rooms, state of the art operation theatre complex, intensive care units, laboratory, and blood bank.

2014
Caritas Started Heart Transplantation programme in 2014 and is the 2nd in its kind in Central Kerala.

2015
Caritas is accredited by NABH since 2015 and is the first NABH accredited Hospital in Kottayam District.

2018
Bishop Chulaparambil (BC Block) was inaugurated in 2018 with Nuclear Medicine and PET CT Centre.

The Ethics Committee of Caritas Hospital is accredited by NABH in 2019, under Ethics Committee Accreditation Programme and is the 2nd in the state of Kerala and first in Central Kerala to obtain the same.

Caritas Hospital obtained NABH Nursing Excellence Certification in 2019 and is the first in Kottayam District to obtain the same.

You can see how this popup was set up in our step-by-step guide: https://wppopupmaker.com/guides/auto-opening-announcement-popups/

You can see how this popup was set up in our step-by-step guide: https://wppopupmaker.com/guides/auto-opening-announcement-popups/