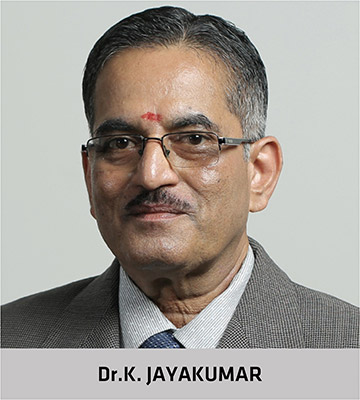 One of the most respected veteran Neuro Surgeons in Kerala. Dr K Jayakumar is having more than 40 years of experience in all fields of complex Neurosurgical issues in adults. He has special interests in Brain and Spinal Tumours and Trauma, Spinal Disc Disease, Stereotaxy. He was one of the pioneers of many Neurosurgical interventions in Kerala. He worked with many of the meritorious public and private institutions in Kerala.

Dr. Jayakumar was appointed as the Emeritus Professor of Neurosurgery in Kerala by Government of Kerala 2003.

Awards
All India Gold Medal in Neurosurgery in 1984

He is proficient in Malayalam, English, & Hindi.